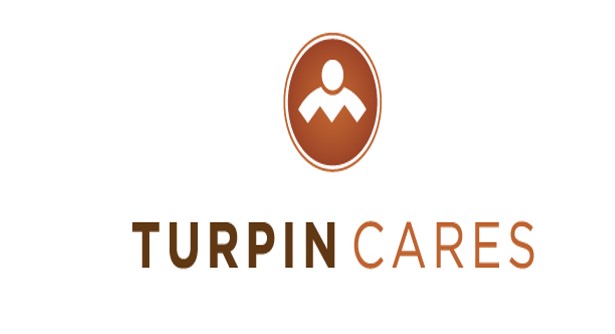 Our local newspaper, The Beverly Review, wrote about our efforts to help the homeless in Chicago. Check out full the article here.

From The Beverly Review 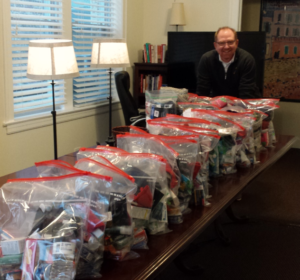 During each quarter of the year, employees at Turpin Communication, Inc., 1808 W. 103rd St., hold a special meeting.

They aren’t there to discuss company projects; instead, they’re they’re there to help the homeless.

About five years ago, the company started Turpin Cares, a project that assembles care packages for people who are homeless. Vice President Greg Owen-Boger has a relative who deals with homelessness, and he wanted to do something to help those in need.

The next Turpin Cares “meet-up” will be Nov. 3. Volunteers will donate the completed packages to shelters or deliver them directly to a homeless person.

“When you think about the homelessness problem, it’s a drop in the bucket, but it’s something,” Owen-Boger said. “We always try to make a human connection with the people when we give them the bags. … We’re trying to engage people in a conversation—asking their names, just trying to make them feel that there is someone out there who cares about them.”

Toiletries, food and clothing are included in each care package.

Some of the clothing is homemade. Owen-Boger, of Beverly, knits hats and scarves, inspired by a campaign in which people drop off knitted items around the city for use by the homeless.

He called it a “nice touch” to include one or two handmade items. He said he learned how to knit when he was recovering from mononucleosis in high school and his mom was determined to keep him occupied.

“I felt like I could get up and do things, but the doctor said absolutely not,” Owen-Boger said. “So, my mom taught me how to knit, and then it just sort of stuck.”

About 12 people volunteer at each meet-up, and in August 2017, they assembled 40 care packages.

Several organizations have benefited from the project, including Almost Home Chicago, of Hometown; Mt. Zion Evangelical Lutheran Church, of Oak Lawn; the Chicagoland Compassion Connection; and Inspiration Corporation and Joshua Ministries Shelter, both of Chicago.

Owen-Boger keeps care packages in his car to make sure he has one available in a moment’s notice. Volunteers fill them up as much as possible.

“Every bag we figure has about 40 bucks [worth of items],” Owen-Boger said. “We really pack them as tight as we can.”

Turpin Communication will ramp up its philanthropic efforts in coming months. During the holidays, the company hosts a food drive through the Starbucks at 1933 W. 103rd St.

Ornaments are left on counters with a small message describing needed donations, such as six cans of soup or six boxes of macaroni and cheese.

Owen-Boger credited Starbucks employee Olive Rogers, who is his neighbor, for coordinating the effort.

That campaign, Owen-Boger said, has been tremendously successful.

“People are super-generous,” Owen-Boger said. “Last year, we did over 700 food items for local shelters.”

Volunteers are welcome at the upcoming meet-up.