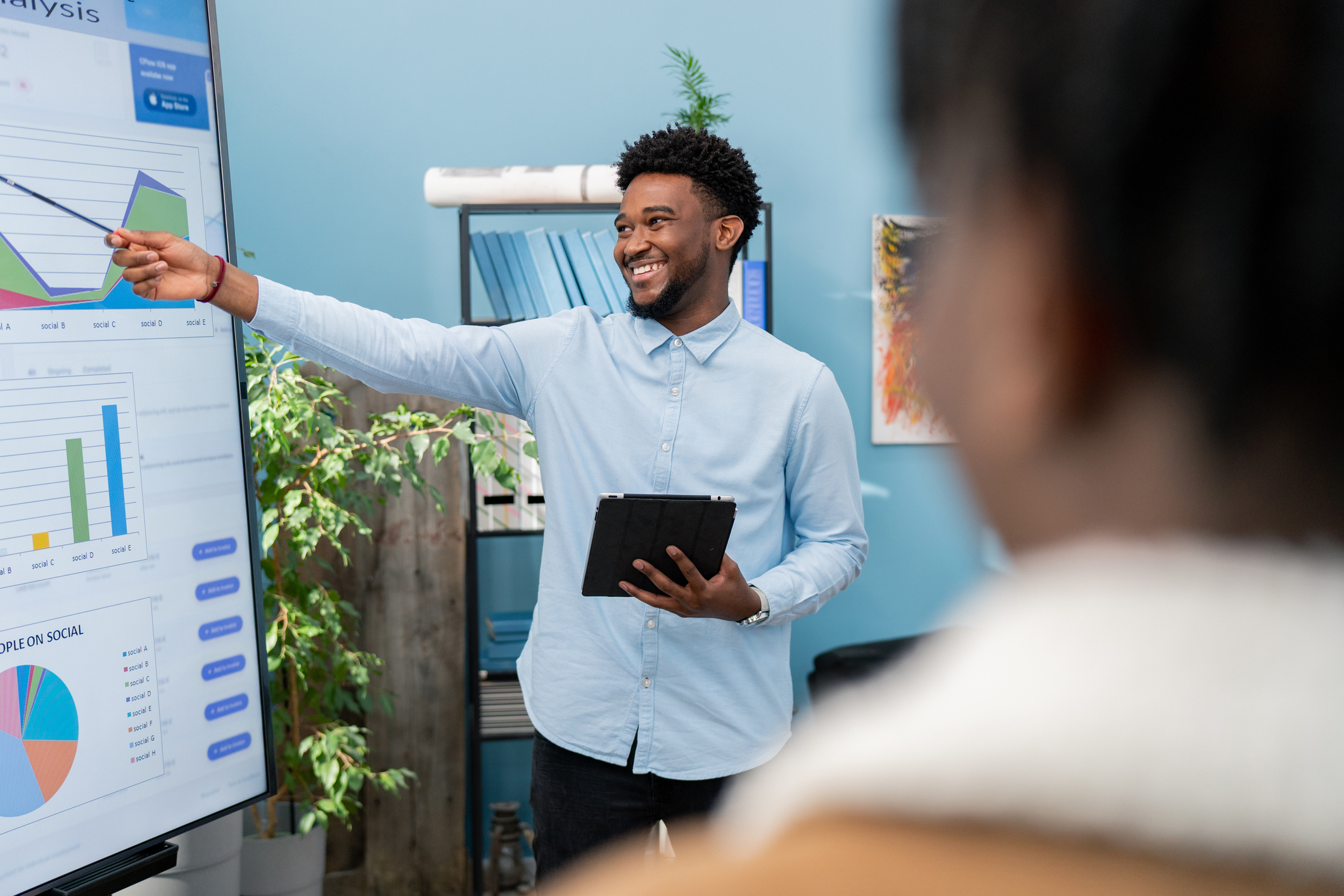 I was working with a presenter the other day who was stuck in what we call no man’s land. No man’s land is a spot about halfway between the laptop and the screen. It doesn’t matter what size the room is or how the equipment is set up; No man’s land is always the spot right in the middle.

When presenters are stuck in this spot, they are usually facing the audience and making tentative gestures toward the projected slide. While they do that, they’re also sneaking quick looks at the slide—on either the laptop monitor or the screen—as if they don’t want anyone to know they’re looking at it. The audience always knows what they’re doing, of course, so the presenter usually winds up looking tentative and uncomfortable.

I asked this presenter, let’s say her name was Audrey, why she didn’t just turn and look at the slide when she needed to refer to it. She said that she had always been told that a slide is a visual aid and that it is never more important than what the presenter is saying. So if she looked at the slide, she would be directing too much attention to it.

When I get comments like this, the first thing I try to do is find the truth in what the presenter is saying—whoever gave Audrey this advice was trying to solve a real problem, after all. In this case, presenters who look at the screen when they don’t need to. The solution, as you know if you’ve been through one of our presentation workshops, is to move to the screen, direct the audience’s attention where it needs to go, then move away from the screen when the audience doesn’t need to look at it anymore. This process directs everyone’s focus to the slide for as long as it needs to be there and no longer.

What jumped out at me with Audrey was her comment about slides being visual aids, the idea that the presenter is always more important than the slide and so should get the audience’s focus almost all the time.

For the business presenters we work with, this isn’t true. There are times when the slide is more important, when it becomes the subject of the conversation, something to be studied and discussed. It might be a detailed spreadsheet, a workflow diagram, or any other detailed image that is included in the presentation because it needs to be there.

So don’t feel you’re doing something wrong if everyone, including you, is focused on the slide for an extended period of time. In a lot of situations, that’s exactly what needs to happen.