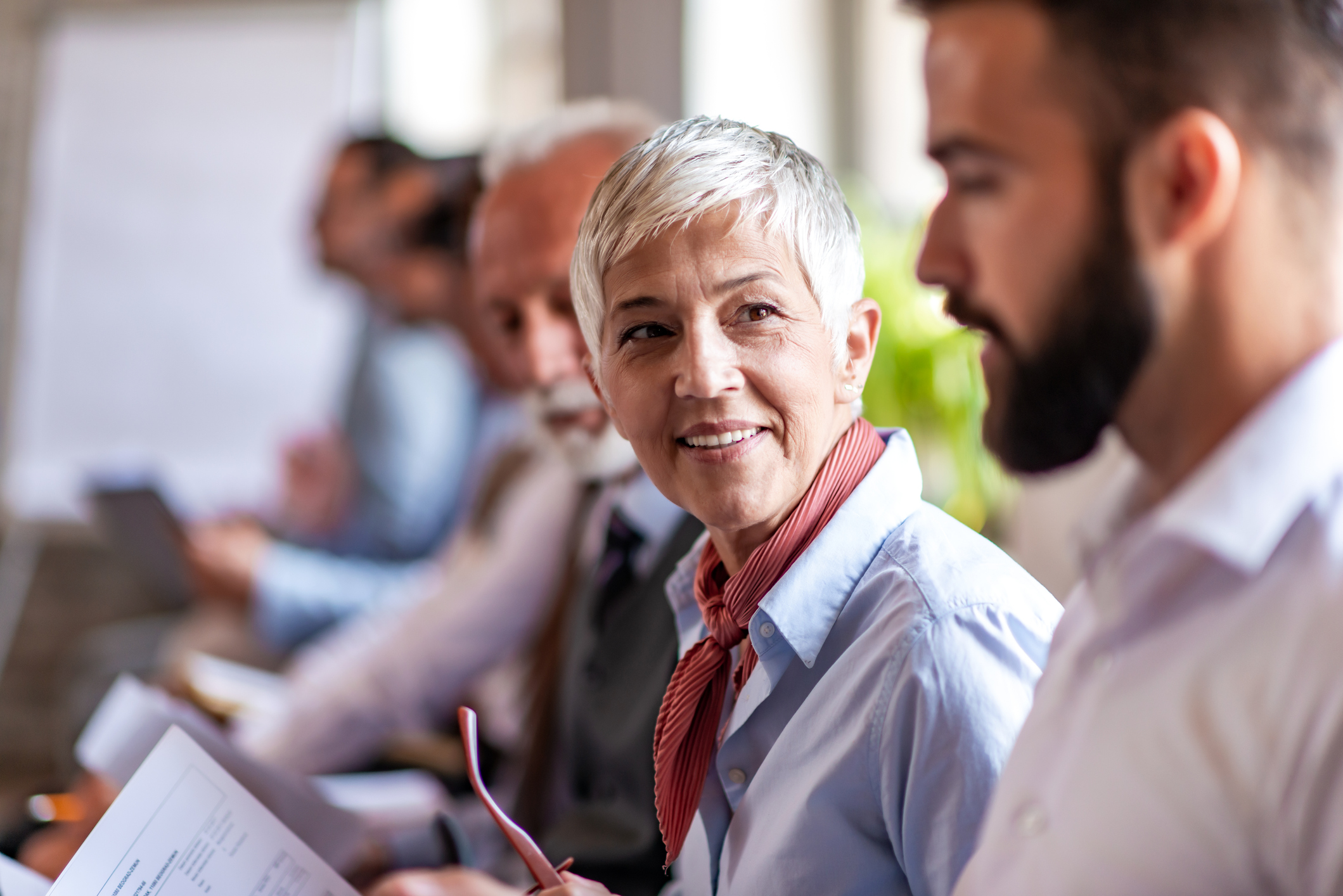 It’s such a tired old saw: “Dress for the job you want, not the job you have.” Tired or not, there’s wisdom in it, but the idea only works if ambitious employees take it beyond just how they dress and think of it also in terms of how they communicate, explain, and express professionalism. As a leader, you’ve had the experience of knowing an employee has all the job-related skills to move up the org chart. They’re a great project manager, analyst, or marketer. However, there’s something about how they present themselves and interact that doesn’t seem ready to project authority and earn trust and respect.

Of course, you need to take a balanced view of the people you’re considering for promotion to leadership roles. Yes, they need the job skills, but they also need to embody capability and competence. On the flip side, someone may project a lot of surface cues that they’re management material, but something deeper is missing. Leadership communication training—that specifically focuses on shaping people’s approach to communication in order to prepare them for advancement—is an important step in reconciling ability to do the work with ability to lead.

In this post, we’re going to talk about the balance between the surface and the substance. Let’s imagine you’re a leader at a company that makes assistive devices, like canes, crutches, and walkers, but also does custom work for hospitals, rehab centers, and even para-athletes who need special equipment for their sports.

Camila is a young engineer who comes from a top university and has a lot of solid internship experience. She’s learned your systems like she invented them, and it’s easy to see she’s become her team’s go-to problem solver. She’s also the one who comes in on Monday mornings with homemade cookies and remembers the names of everyone’s children and pets. However, when she’s outside the comfort of her own team and in meetings about broader issues, she pads her excellent ideas with a lot of “maybe” and “just” and “what do you all think?” The challenges she has as a young Latina engineer—especially one whom people see as embodying feminine qualities like caretaking and family focus—are intensified by her reluctance to actively demonstrate her belief in her own abilities and express her ideas with confidence. You know she’d make a great project lead in terms of the work, but you worry that she doesn’t have the intrinsic authority to run a team, earn trust, and have people listen to her.

Adapting to the audience

Ken has been your IT problem-solver for a decade. He’s especially good at integrating new software and updates into existing systems because he understands your business and knows what will work best for your people, most of whom are not exceptionally tech-oriented. The issue with Ken is that when it comes time to train people in new applications or workflows, Ken seems to forget regular English and presents in high-level Tech-Speak. You found out how bad it was when one of your brand managers was missing from her desk for hours, and it turned out she’d spent the weekend online, learning the new software so she could coach people who were confused after Ken’s training. Clearly, Ken needs some help in team communication so he’ll have an easier time translating his fascination with how the tech works into a useful and useable process for others to learn and get on with their jobs. That brand manager describes it to you like this: “Ken stands on his tall platform of understanding and wants us to be thrilled about jumping up to him. How hard is it to build a ladder for everyone to climb one rung at a time?”

Ethan started out as an all-purpose intern attached to the sales team. He’s smart, engaged, and interested, and he’s taken a lot of initiative to update and upgrade the team’s processes. He’s been good at explaining his plans, and so far, all the changes he’s made have been really positive. He’s been working for you full time for a year now in a position the VP of Sales invented for him, Sales Support Administrator. This means he helps the team with everything from finding new leads to creating sales materials to untangling supply-chain problems and managing reorders. It’s time to reward all this good work and make him a salesperson, but you and the VP of Sales are hesitant. Ethan doesn’t present a particularly engaging figure on first meeting. He’s clean, but his clothes look randomly chosen and slept in, he doesn’t make eye contact in difficult conversations, and he has every Millennial speech tic you can think of, from “like” to “LOL” (actually pronouncing it as one word, “loll”). You need to figure out how to let all of his intelligence, ability, and enthusiasm show more clearly if he’s going to have his own customers.

In general, your workforce is committed to their end-users and is very proud of the specialized work they do. Profitability is good, and customers are happy, so you’re mostly content to leave your teams alone to get their work done. Becky is an MBA with a lot of experience in other companies. You hired her to run a product team made up of some new hires and some long-term employees from other teams. Becky makes a lot of changes in her first month, including rearranging her team’s workspace and instituting daily team lunches. She’s also been calling your products’ end users “the elderly” or “the disabled,” which has gotten you some unhappy phone calls from external clients. You see a lot of potential in Becky, but you’re concerned that she just doesn’t “get” your company, how it works, or what team communication looks like in your culture.

Let’s talk about a few things that potential leaders do that would help each of the employees described above. Some people have these habits from childhood, but it’s also entirely possible to teach these approaches to work, interaction, and leadership. People who project leadership capability—

If any of the scenarios I outlined fit people in your organization, contact us at Turpin. We’d love to talk with you about creating a pool of strong future leaders, ensuring that the advancement pipeline in your company is full of smart, passionate people who are ready to take the reins.