Just Because You Said It Doesn’t Mean It Was Heard 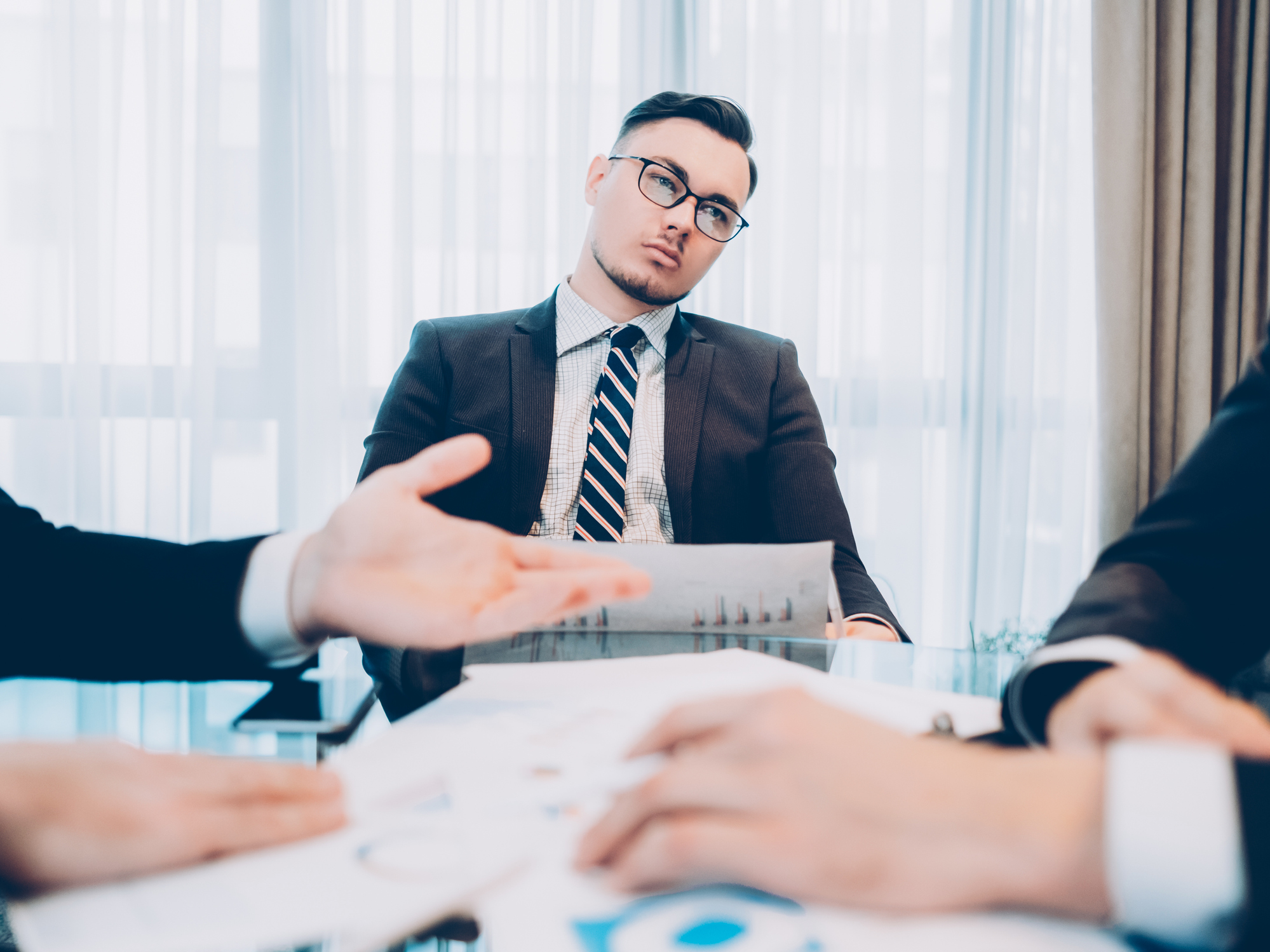 “I swear I said that they’d see incremental sales growth,” said Angela as she sat down to review her video with me.

Angela was a participant in a recent Mastering Your Presentations workshop. Dale Ludwig was the lead instructor. I was the participants’ video coach. My job is to guide participants through video review, focusing on (a) what they’re doing well, (b) where they could improve, and (c) identifying skills and techniques that will work for them.

So, there was Angela (not her real name). She was confused and frustrated because her classmates claimed she hadn’t mentioned how her buyer would gain incremental sales growth if he would approve the promotion she was recommending. “That was the whole point of the presentation!” she said.

“Let’s watch the video and see,” I said. So I popped the video in, and we watched.

So, if Angela had said the words, why then hadn’t her classmates heard them?

The problem is that Angela wants to be perfect. She’s very concerned about looking silly and mentally monitors everything she says and does. She described it as “being in my head.” Unfortunately, this has led her to rehearse every presentation to find the “right” way to make a point. 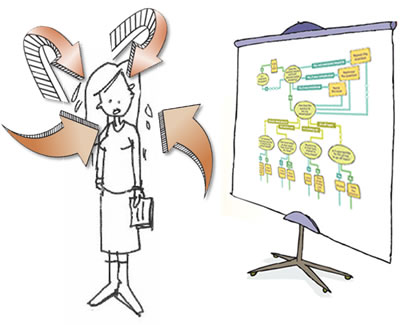 This graphic shows a distressed presenter. Angela sees herself in the image. This presenter is thinking:

As I coached Angela, I helped her realize that merely getting the words out isn’t enough. She must say them to SOMEONE. She needs to look people in the eye (not over their heads as she’d been told), see their faces, look for their understanding, and react accordingly. This is the same thing that happens in everyday low-stakes conversations. But for Angela, the pressure of having to deliver a perfect presentation pulls her out of the moment and into her head.

On the other hand, this presenter has an outward focus. He’s:

In short, he is engaged. He knows instinctively what to do and say, just as he does in everyday low-stakes conversations.

“The answer lies in turning your focus outward, toward the individuals you’re speaking with,” I said. “Take a moment to breathe and survey the room. Look them in the eye. Make the connection. Look for their reaction. Remember, this has nothing to do with your performance and everything to do with their understanding.”

“I like that,” she said. “I’m going to write that down. It’s not about my performance. It’s about them.”

Luckily for Angela, the class wasn’t over, and she had another opportunity to deliver her presentation later that day. And what a difference. She was terrific. She was engaged. She made her points clearly and conversationally. She wasn’t nervous.

The proof of her success came from one of her colleagues when she said, “I finally understood what you were trying to say. Your buyer would be nuts not to approve this promotion.”