4 Things Nervous, Over-Preparing Presenters Can Do to Calm Down and Engage 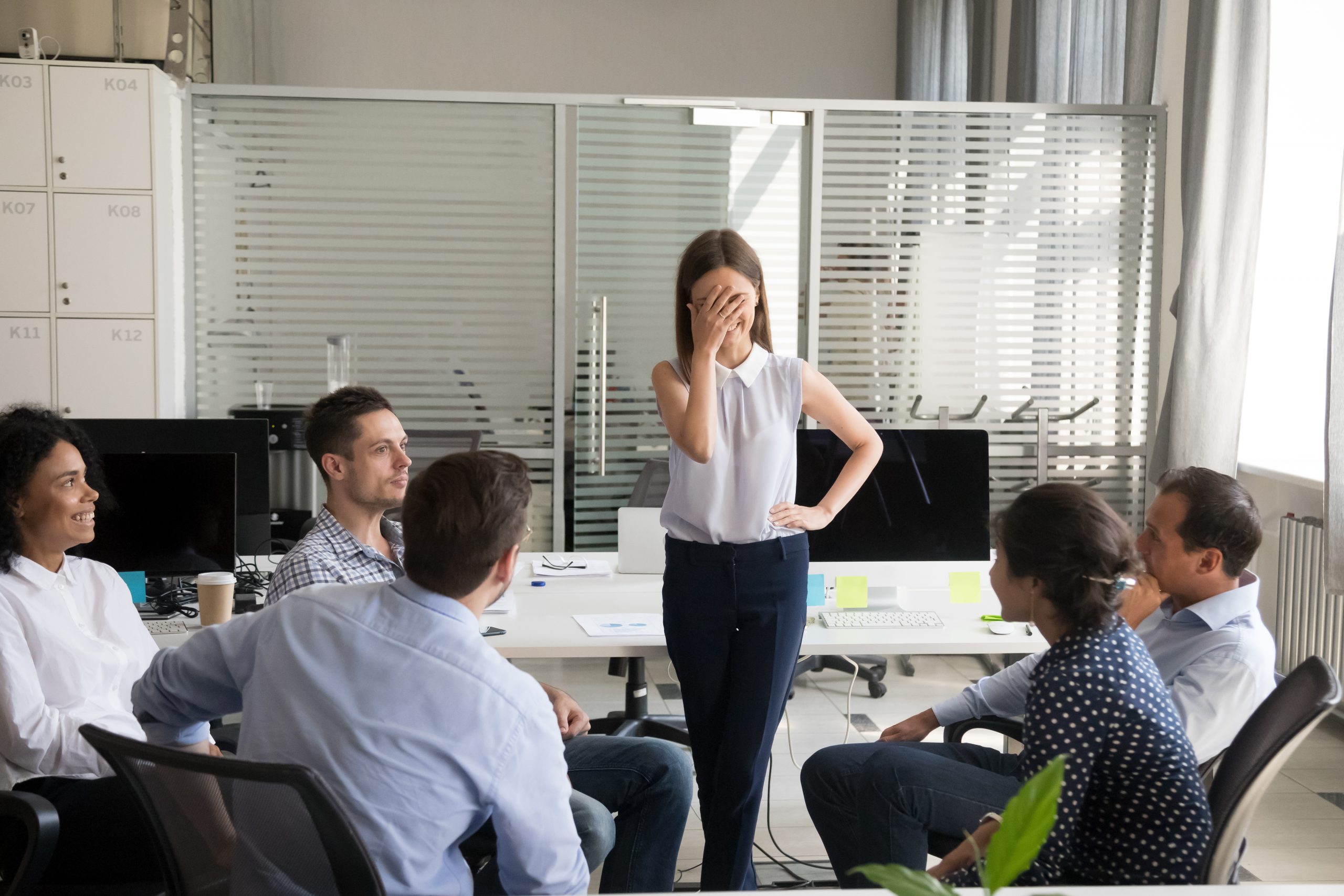 I recently delivered a workshop for eight very nervous presenters. They were a great group and talked very frankly about their worries and concerns about presenting. Their nervousness stemmed from different things. For example,

While the causes of their nervousness were unique, each of them had developed the identical coping strategy—they all over-prepared. Each of them set out to nail down what they planned to say before the presentation began. Everyone scripted, most rehearsed, one found himself trapped in analysis paralysis as he struggled to make sense of marketing data.

As we’ve written in these articles, What We Wish Everyone Knew About Presentation Anxietyand Should You Practice or Rehearse for Your Next Business Presentation?, this type of preparation, often purported to be the best way to reduce nervousness, doesn’t work in the business setting. What happens, as I saw with each of these presenters, was that they cut themselves off from their listeners. By relying on scripting and detailed notes, their presentations became monologues delivered by uncomfortable actors.

Along with their nervousness and tendency to over-prepare in reaction to it, this group shared another characteristic. When they were being videoed, they were completely unaware of themselves. I don’t mean this in a bad way. It wasn’t that they were unaware of bad habits. On the contrary, they were unaware of how good they were. After each person was videoed for the first time, their response to the question, “How did that feel?” was some version of, “That was terrible.”

The thing is, the rest of us didn’t see any of this. Even though they were speaking off the cuff, none of the workshop participants appeared disorganized, unclear, or particularly nervous.

What was the takeaway from this? There were three.

There’s always a difference between how things feel to you during your presentations and how they appear to your audience. Sometimes this difference is slight. Sometimes it’s huge. With this group, it was the latter.

At the end of this workshop, one of these presenters said something that made my day: “What I’ve learned today is that I can do this. I don’t have to worry so much.”